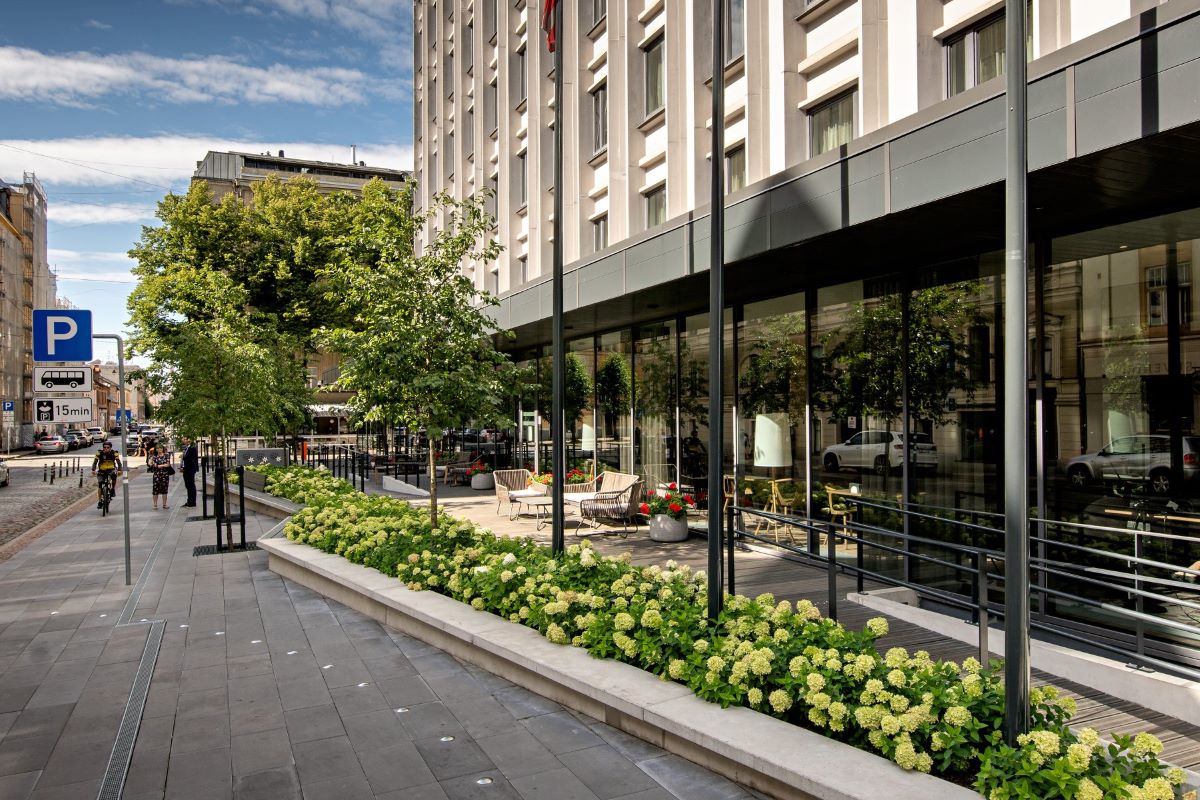 On October 5th, the World Architecture Day, the city of Rīga celebrated the Rīga Architecture award. The public square in front of the AC Hotel by Marriott Riga on 33 Dzirnavu Street, developed by Vastint Latvia, was recognised as one of the outstanding architectural projects of last year.

The hotel’s public square was one of the 14 acclaimed projects among 750 that were commissioned last year. The square gained special recognition as an engaging public space that enriches the urban environment of Rīga, while achieving both environmental accessibility and universal design.

Within this project, an area of outdoor space in the historic city centre was freed of cars and repurposed for pedestrian use. The temporary parking spaces were moved to Dzirnavu Street, allowing for a sidewalk for by-passers only and safe pedestrian crossings with speed bumps and tactile markings.

Now, the public square in front of the hotel has become a fully landscaped green area, where café terraces and public seating spaces are surrounded by blooming hydrangeas and 11 stately apple trees, inviting both Riga dwellers and visitors to linger for a while.

The project authors are the landscape architect Linda Zaļā of Zala Landscape Architecture and Andris Kronbergs and Mikus Druviņš of Arhis Arhitekti. The pathways were designed by E. Daniševska birojs and constructed by SIA Skonto būve.

Throughout the summer, an expert jury visited the buildings on site to evaluate the objects nominated for the award. The best examples of preserving architectural values while ensuring a sustainable urban living environment were assessed, focusing on the energy efficiency of buildings, environmental accessibility and observance of universal design principles, evaluating the achievements in the historical centre of Riga and its neighbourhoods.

Also, this year, special attention was paid to the intellectual and economic contribution of the objects not only in the context of Riga, but in the whole of Latvia. It should be noted that, in accordance with the regulations, only those objects that were put into operation in 2019 could be applied for the exhibition of architectural works.