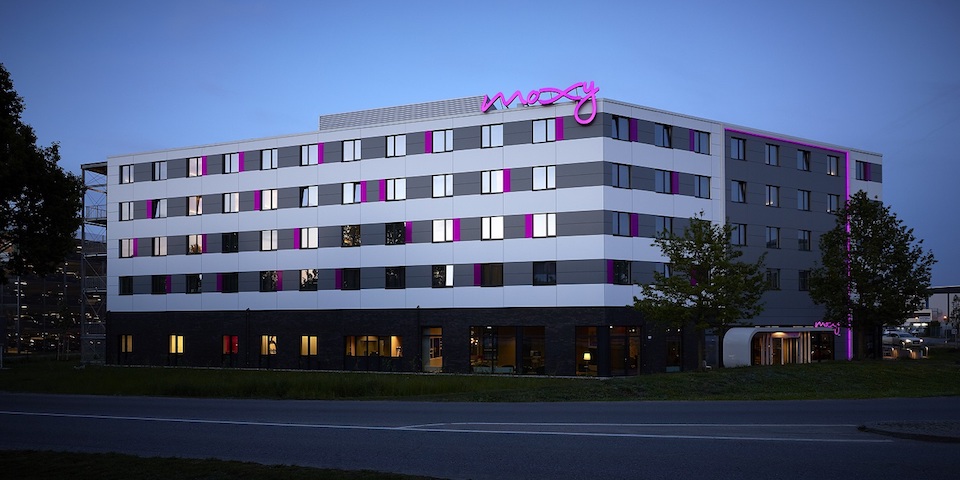 Recently the hotels Moxy Munich Airport, Moxy Ludwigshafen and Moxy Munich Messe reopened their doors. Vastint Hospitality celebrated the reopening of the hotels together with the hotel’s operator Hotel Co 51.

When Moxy Munich Airport opened in April 2016 it was the first Moxy Hotel in Germany. The 252-room hotel with 72 car parking spaces is close to Munich International Airport. The hotel is easily accessible by car and hotel shuttle bus with the terminal building being only four kilometres away. With the S-Bahn it takes 40 minutes to Munich city centre.

The 188-room hotel is located in the redeveloped city centre at the bank of the river Rhine and directly opposite to the main shopping centre Rheingalerie. Around the block is a tram stop which offers a direct link to the public transport network of Ludwigshafen and Mannheim.

The 162-keys Moxy Munich Messe is located only 1 km north of Munich Messe and is surrounded by offices of numerous international companies. The city train station (going to Munich-East) is circa 600 meter away and can easily be accessed by foot. Also, there are two bus stations close to the site, offering regular connections to the fairgrounds.

For the reopenings new COVID-19 safety and hygiene procedures have been put in place to comply with Government guidelines to guarantee guests’ and employees’ safety and wellbeing.

Consisting of in-house and outside experts in food and water safety, hygiene and infection prevention, and hotel operations, the hotels are strictly following Marriott Cleanliness Council cleaning and safety standards. Find out more at clean.marriott.com.