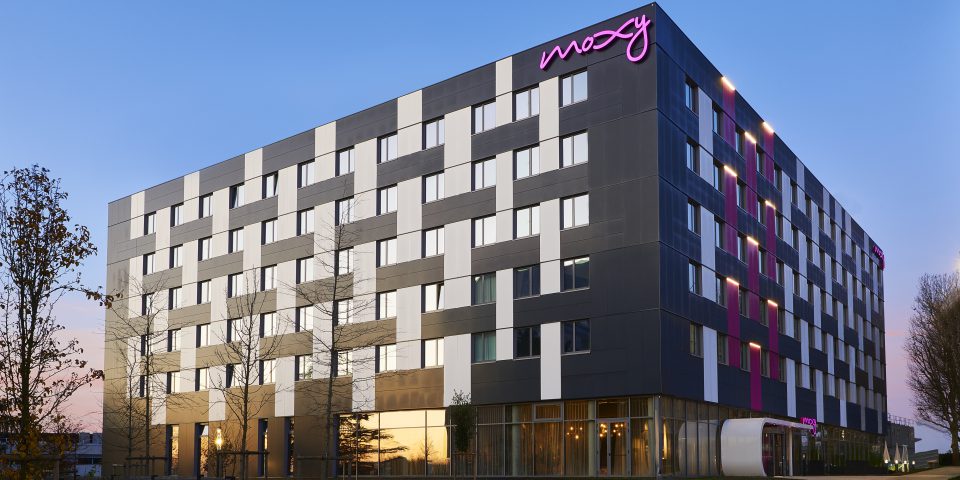 The hotel is located at Europe’s second largest airport, Paris Charles de Gaulle Airport in the new hotelier zone: Roissypôle Ouest. The 292-rooms hotel was the first development of Vastint in France and opened in November 2019.

LEED is the most widely used green building rating system in the world. LEED certification provides independent verification of a building’s green features, allowing for the design, construction, operations and maintenance of resource-efficient, high-performing, healthy, cost-effective buildings. LEED is the triple bottom line in action, benefiting people, planet and profit.

A standard of LEED Gold, or higher, is being sought for all further Moxy hotel projects.