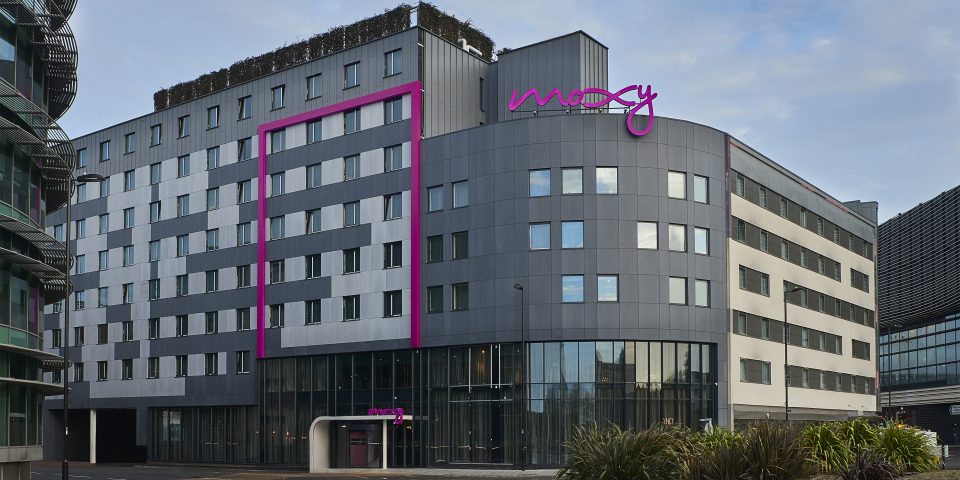 Moxy Southampton West Quay is constructed in an area of the city which is subject to on-going regeneration and development. The site is located adjacent to the West of Harbour Parade, which lies at the South of the city and close to the cruise harbour.

The building has a feature curved wall and has a ground floor plus six floors. Progressing along the building, the structure has raised in height with an additional seventh floor added onto the building. The primary entrance to the building is off Harbour Road and parking is provided in the back. Moxy Southampton opened in December 2019.

LEED is the most widely used green building rating system in the world. LEED certification provides independent verification of a building’s green features, allowing for the design, construction, operations and maintenance of resource-efficient, high-performing, healthy, cost-effective buildings. LEED is the triple bottom line in action, benefiting people, planet and profit.

A standard of LEED Gold, or higher, is being sought for all further Moxy hotel projects.