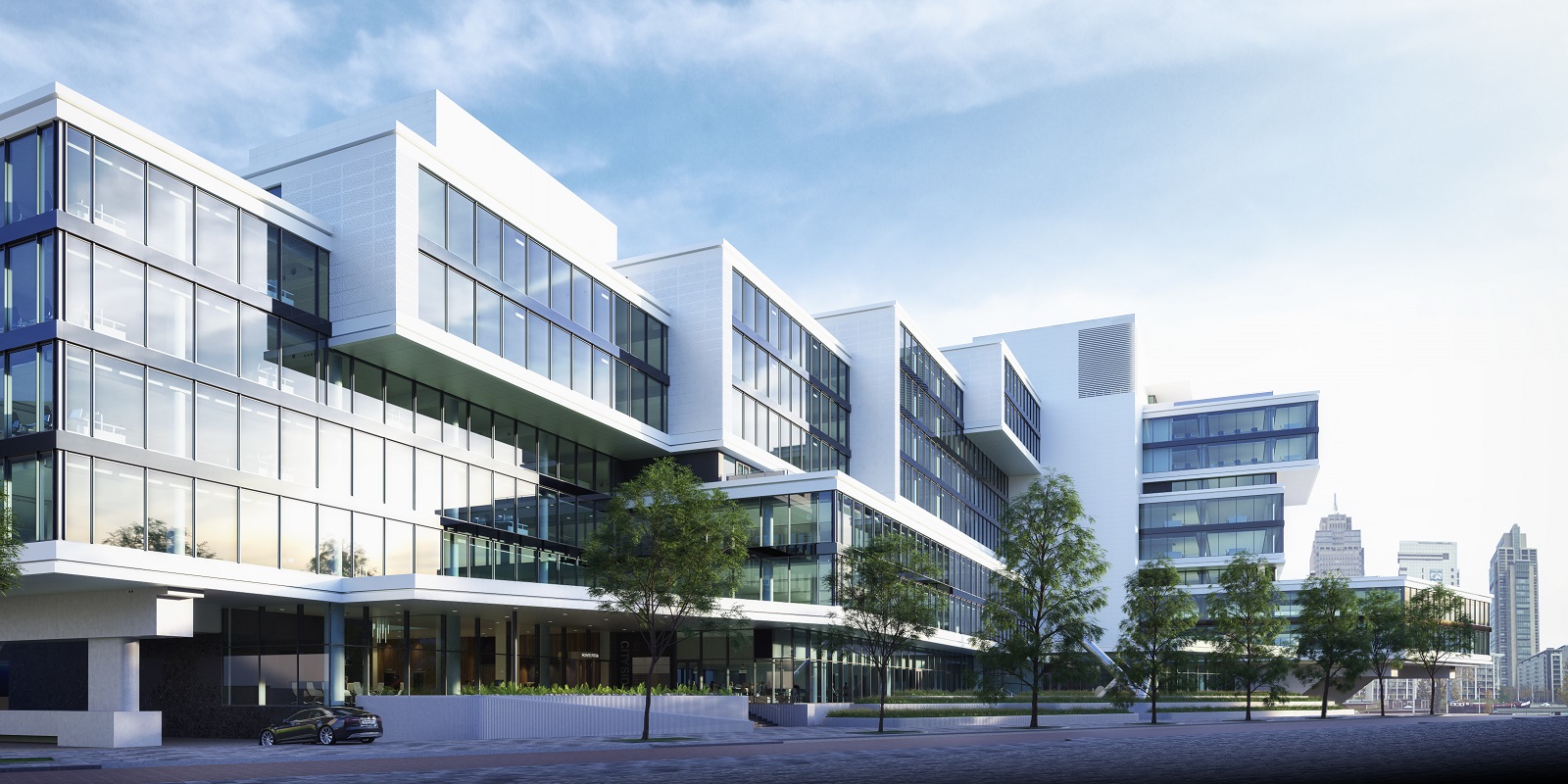 Vastint Netherlands has concluded a long-term lease with Regus, the provider of flexible office space, for 4,000 m2 of office space on the first and second floors in the CitySide-Rivierstaete building at Trompenburgstraat in Amsterdam. It is the company’s 21st location in the capital and will open its doors on 1 December.

The building is ideally situated on the banks of the river Amstel, within walking distance of Amsterdam Amstel railway and metro station and a mere five minutes’ drive from the A10 and A2 motorways. The distinctive complex, comprising a total of approx. 30,000 m2, has been fully renovated as a new, creative hotspot in the heart of Amsterdam. The building is at a particularly historic location as this was the site of the car manufacturer Spyker in the early 20th century.

Following a large-scale renovation, the building has been ready for occupation since 1 November. MVSA Architects created the new design. The transparent facades give the building an open and accessible character, bringing plenty of natural light into the building and with impressive views from the many roof terraces of the complex. This connection between indoors and outdoors adds to a healthy working climate.

Annelou de Groot of the Board of Regus Nederland says: ‘CitySide-Rivierstaete is the largest property we have leased this year, and also the most successful. Even before delivery we had already let 2,000 m2 to a global tech company. It is a fantastic spot in Amsterdam. The building has been beautifully renovated by the renowned firm of architects MVSA. We are also very fortunate to have prestigious lessees as neighbours at CitySide-Rivierstaete.’