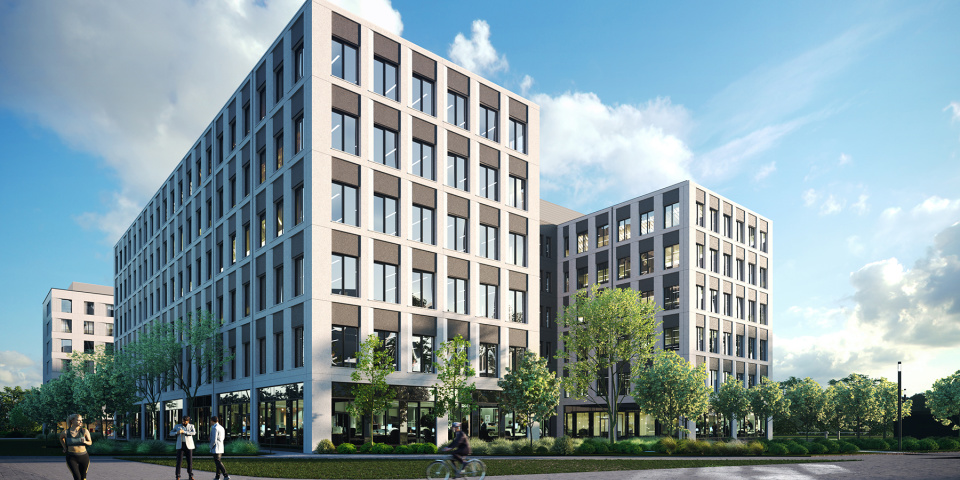 Vastint Poland entrusted Mostostal Warszawa with the construction of the B10 office and hotel complex in Wroclaw. The planned development will be built on Bolkowska Street, in the vicinity of the Business Garden office complex. The total usable area of ​​the new development will be approximately 20,000 m2. The general contractor plans to start construction works immediately, which will take 18 months. The completion is scheduled for December 2022.

Roger Andersson, Managing Director of Vastint Poland says: “Vastint is starting another project in Wroclaw. The latest is a kind of continuation of the Business Garden complex commissioned in 2019. We hope that entrusting construction works to an experienced company such as Mostostal will translate into the timely completion of the contract and the expected high standard of buildings.”

B10 will be built on a plot of approximately 1 hectare, located in front of the Mikołajow railway station and having access to Legnicka Street. It will include the construction of a six-storey office building, a hotel of similar height for long-term occupancy, and underground garages with a total of 337 parking spaces. Additionally, water, sewage, and road infrastructure will be improved around the project.

The office building has been designed with a grey facade in a modular H-shaped form, referring directly to the buildings of the neighbouring Business Garden complex. There will be two entrances to the facility: the main one located on the side of the internal road and the second providing direct access from the hotel. The office building, with a usable area of ​​approximately 14,500 m2, offers flexible arrangement and well-lit open-plan space, which can be freely divided into smaller modules. The hotel, with a leasable area of ​​approximately 5,500 m2, will comprise 116 rooms that can be booked for longer stays, a reception desk, and a small restaurant. It will be managed by hotel operator Hotel Co 51, part of Vastint. A wide courtyard has been planned between the office building and the hotel, leaving plenty of space for people working there, visitors and passers-by.

Szymon Wojciechowski of APA Wojciechowski says: “When designing the B10 building complex, we tried to arrange the masses and design the greenery and open spaces so that the connections with the Business Garden were obvious to the viewer. However, this is not a simple duplication of the pattern. A new function — a hotel — and improved solutions will diversify the architecture of the new development.”