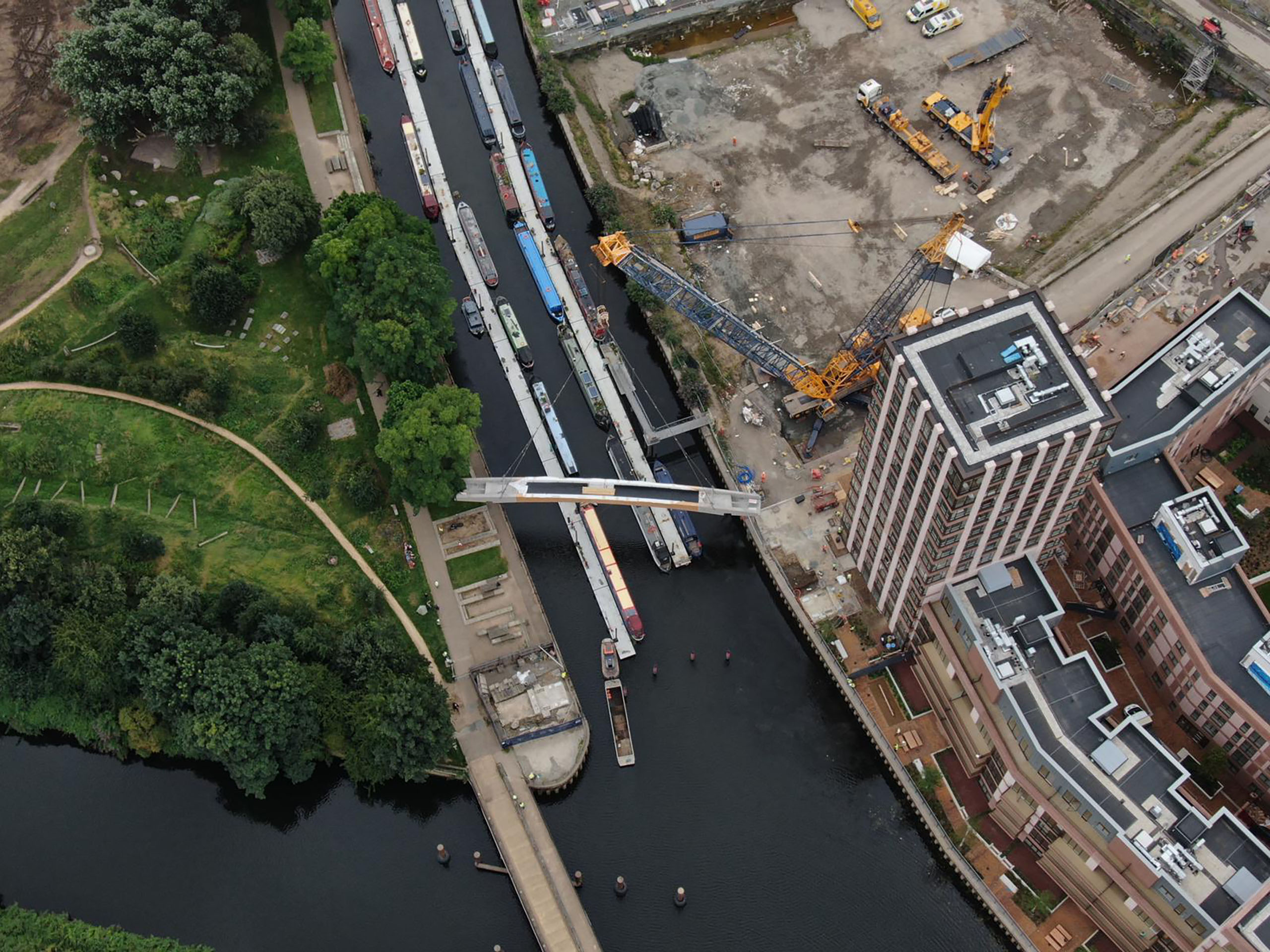 The first of three new bridges has been installed at Sugar House Island in Stratford, east London. The new pedestrian bridge, named Matilda’s Bridge, connects the east of the Island to the Three Mills Green.

The 38m bridge, designed by a team of arhcitects and engineers and built by Wood Beton, is a prefabricated, concrete and glulam structure. It was built in a factory in northern Italy and transported in large sections to Sugar House Island, where the 23m timber section was attached to the concrete abutments before being lifted as one piece into place.

The initial concept for the pedestrian bridge began with the idea of a simplistic timber structure to span between the two banks of the river. Timber was chosen for its sustainable nature and as a complement to the Three Mills Green and other timber structures along the eastern riverside of Sugar House Island, such as the Tower in Dane’s Yard, and the Three Mills Moorings floating facility.

Once the structure had been constructed on site, a specialist team of engineers and crane operators from Ainscough Crane Hire lifted the bridge into position using an 800-tonne mobile lattice-boom crane.

The bridge was designed to precision using 3D modelling meaning that, when lifted in, the 40 threaded rods fixed to the concrete slotted into the foundations with ease.

The new bridge is named after Matilda of Scotland (or Good Queen Maud), wife of Henry I, who instructed a bridge to be built across the River Lea after her entourage suffered a soaking trying to cross the ford (near today’s Old Ford) to get to Barking Abbey.

The Roman road was notorious with travellers and Essex farmers trying to reach the haymarkets that ran along what is now the Bow and Mile End Road. The bridge was in the ‘French style’ like a ‘bow’ and was the first arched stone bridge in the UK. The unusual design may have been why the place became known as ‘Stratford-atte-Bowe’, from which today’s ‘Bow’ originates.